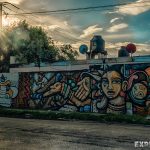 We get up early and grab 2 huge latte macciato at 50ties-style café around the corner. Then we headed off to the diving center. However, some improvisation has to be done: The original plan was to scuba dive first in the Casa Cenote and then visit the Grande Cenote. Unfortunately, this seems impossible again because of the rain. The Casa Cenote has turned into a mud pit . Instead, we dive into the cenote Tajma Ha, which is also located nearby. 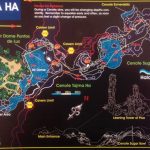 The cenote was originally named after the well-known Indian temple by its discoverers, but the name got adjusted to the Mayan language later to “Tajma Ha” (“Ha” means “water” in Maya). The collapse of the Cenote is especially beautiful because it is kept completely natural, a small piece of jungle grows here a few meters below ground. After the narrow entrance we arrive directly at the “Bat Cave”, in which dozens of bats gather on the ceiling. A little light passes through the small opening in the ceiling to the inside. According to Carlos, during March to September, there will be a great light show here, drawing light beams like lasers through the space of the cave. Though we haven’t visited Tajma Ha at that time of the year, the cave varies a lot and never gets boring. There are some tunnel here with halocline, which appear like some sort of “liquid mirror” – very trippy. And as expected, all the caves are decorated with thousands of stalactite and stalagmite formations and you can find a variety of fossilized shells, corals and urchins skeletons. Following the guide line, we come to the “Sugar Bowl” cenote where you can sometimes see the turquoise Motmot, a bird former worshiped by the Maya – in the rain, however, the birds don’t seem to feel like flying around . 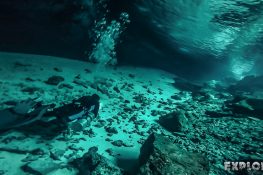 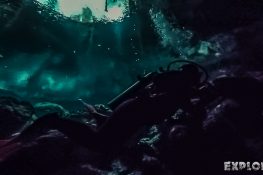 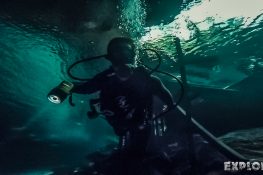 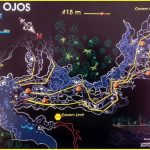 The second cenote we get to scuba dive in is “Dos Ojos”. Carlos drives the car on a dirt road, which is quite muddy already – on both left and right side there appears to be some other, smaller cenotes which are more suited for just swimming. We drive about 2-3km and then arrive at a parking lot which leads to the two cenotes. “Dos Ojos” means “two eyes” as two round cenotes are close together. We start at the “bright” eye: Some roots reach out from its ceiling and there are also some rivulets of water flowing down. We descend into the kinda bluish shimmering water and slowly dive to the the second “dark” eye which is also crowded with bats hanging from its ceiling. 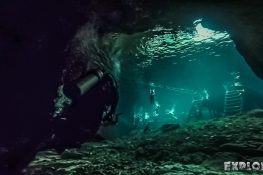 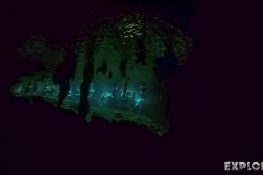 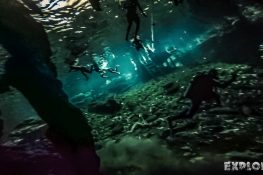 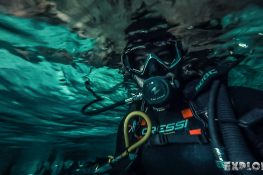 We fill our stomaches after the two dives in the restaurant at the cenotes and return rather tired but also happy in Tulum this afternoon. After a siesta and afterwards dinner in the restaurant opposite the café , we decide just go for another scuba dive tomorrow . 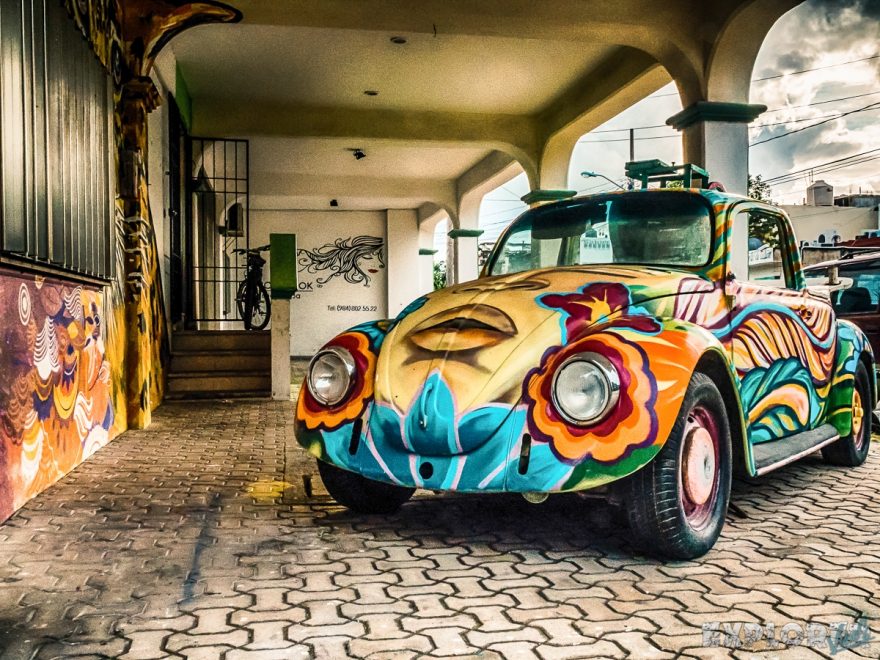 I’m a diver too, but I’m not sure cenotes are quite my thing! LOL I don’t think I need to see any bats…but I like the post!

I would surely be an amazing experience doing Scuba diving. Currently scuba diving is high on my bucket list I want to try it soon, and see the beautiful world underwater 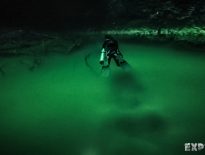 Mexico Scuba diving in the Cenotes Angelita and Gran Ceno… 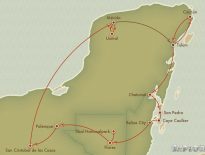 Mexico Back to Tulum
2