Eww, though we don’t wake up with a hangover, we sleep in – we really, really need that. Despite having an inclusive breakfast at the hostel, we have to look for some other place to eat, since there are no gluten-free dishes. Just down the road we find us a cozy café and order us some delicious chilaquiles.

Stuffed, we have a stroll around the old town. It doesn’t quite feel yet like “Dia de los Muertos”. There are some altars put up in a handful of stores and in front of some houses and you can buy some sweets in form of skulls . The city itself has some beautiful colonial buildings. Starting from “Zocalo”, the main square of the city, we walk down the pedestrian road and turn into some few more narrow and charming streets. Colorful houses covered with countless beautiful graffiti – I’m glad we got here… despite the bumpy ride. Looking down the narrow but quite straight streets we can already see the “Iglesia de Santa Lucia” – one of the most beautiful churches I’ve seen so far. 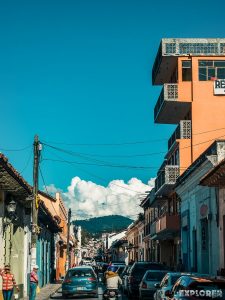 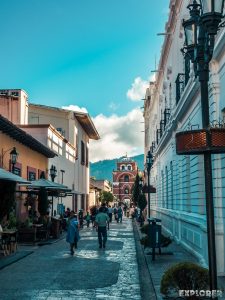 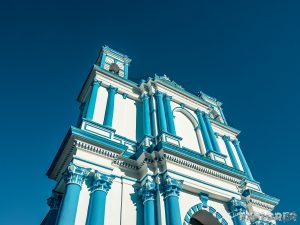 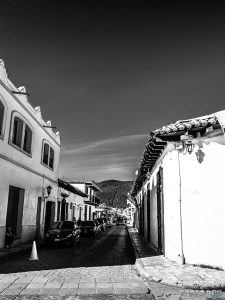 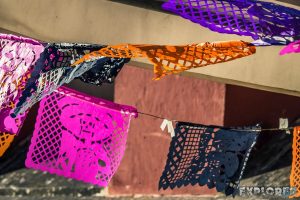 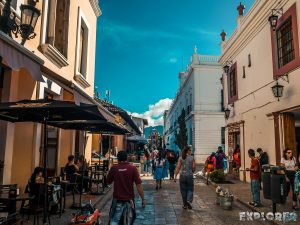 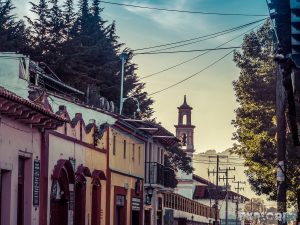 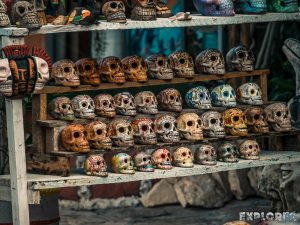 But in the evening the streets start to fill with kids wearing halloween costumes. The altars for remembering the dead relatives at the stores get richly decorated. An especially huge altar at the place of the “Catedral de San Cristóbal” serves as a memorial for the numerous unpunished murder of girls and women in Latin American countries – “femicide”.  In many countries of Latin America the female victims of assaults get often even stigmatized and ostracized – especially in the indigenous population. Some authorities don’t even record assaults on women or just in a scrappy way. Evidence “goes missing”, testimonies get questioned and reports at the police get recorded quite sloppy. A huge amount of perpetrators walk free of any charge this way. A little depressed we look for an inn . 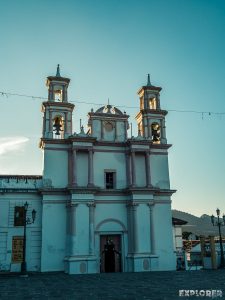 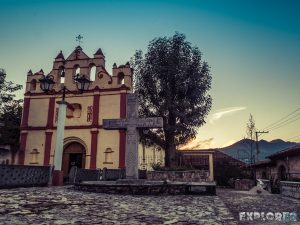 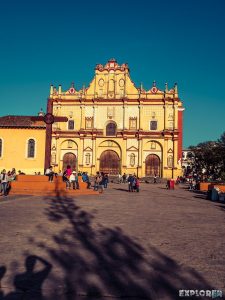 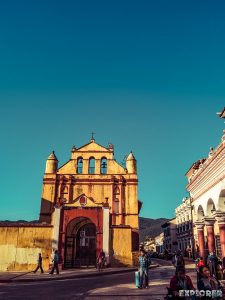 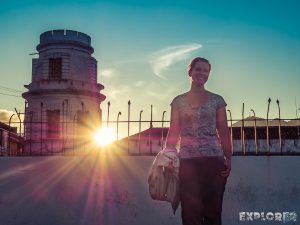 We opt for the “Chaya” in where they serve indigenous food. We decide to mix two dishes – tamales (some sort of corn porridge cooked in corn leaves with some meat and vegetables inside) and a huge plate with various grilled meats and vegetables. Meanwhile, a lot of kids keep entering the inn wearing costumes and singing a song to the staff: “Not meat and vegetables is what we want, and also no beer – We just want sweets!”. As a reward they get some sweets put in their halloweenbags – a litte different than the well-known “trick-or-treat”. Some costumes seem rather inspired by the traditional “Dia de los Muertos”-style than Halloween… and also look quite well-made.

There are even more people wearing traditional costumes in the streets later on. But even after asking several people we were not quite clear when the festivities at the cemetery is supposed to start**. On our way to Puerta Vieja , our hostel we discover a bureau of an adventure-tour operator and decide to get in. “Xaman Expeditions” has quite some interesting offers and we decide to join a ziplining-tour tomorrow, since there is a small canyon nearby.

Later this eventing I have a walk in the park of the nearby church “Iglesia la Merced”, to take some nightsky photos. At the pavillon, a whole lot of people walk by me, wearing 18th century costumes and having their faces painted in Dia de los Muertos-style. In front of the church then they put on a little play. My Spanish is not that good so I grasp the full plot . After taking some photos though, I get invited by some of the guys to have some tequila shots as they gather at the pavillon. They are actually a group of university-students who are part of a theater-group. After a little chatter (with probably more gestures than actual Spanish) I say goodbye to get back to the hostel. 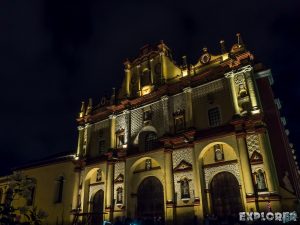 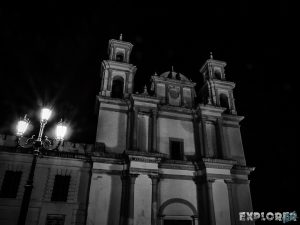 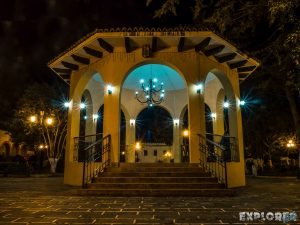 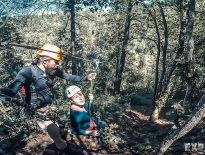 Mexico To Merida by overnight bus 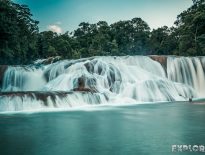