Our last day in Mexico. We walk to the ADO station  to take the bus to Cancun. Less than a 2 hours later, we arrive at the Cancun airport. 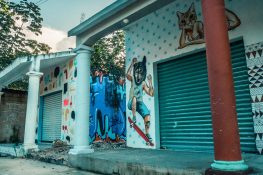 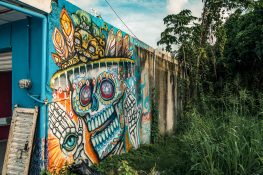 Wow. I kinda feel out of place here. Stereotype “‘Muricans” everywhere – I guess Cancun is what Kuta is for Aussies, Mallorca is for Germans and Korfu is for British. Where there were hardly any burger restaurants in other cities, there are masses in Cancun Airport. 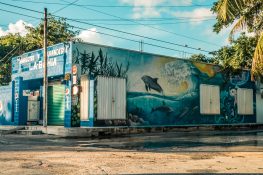 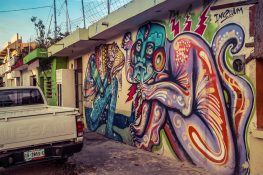 During the flight we already start looking constantly at our watches – we are delayed… The transit would take about 30 minutes… Way too short. The other passengers are friendly enough to let us pass but for the security personnel this is a no-go “Go back in line” is running like on a broken record in loop. They really don’t seem to listen at all. Great . After 4 more security checks, picking up our luggage… checking in again later, we are facing the last inspection (and all that constrantly running). There is no trace of a “Fast Lane” so far and our stress increases. The shrill voice of a security hag reminds me that I should empty my pockets… “Your footwear !!!” – as I just want to go through the body scanner I hear the screech of the hag. Right, my flipflops are already on the belt. Exasperated, and with the certainty that our plane is anyways long gone, I show her my bare foot, point at it and go though scanner to the next (friendlier) security personnel. Her yelled “Show some respect, I’m wearing a uniform” didn’t reach my ears… Verena heard it though. Lucky us, because I could not have resisted to tell her that they also wear uniforms at McDonalds – that would not work well for our situation.

The last few meters to the gate. 5 minutes before departure time we reach the plane. And the bird is actually still there . We made it! While Ena continues going down the aisle, I am helping an elderly woman to get her suitcases <a href="ht