After having a bacon-omelet breakfast I head back to Trawangan Dive. Today we have a scuba dive at Meno Wall. We also have some nets in our equipment to pick up garbage between the corals – this’ll keep the reef healthy. We are a small group again today: Apart from Fiona, there are two other German girls living in Dubai. A fairly steep wall leads down to a sandy plain at about 20m. I didn’t notice any significant currents during the descent as you are quite protected by Meno island. In terms of colorfulness this diving site can hardly be beaten. The reef looks extremely healthy and is certainly a merit of the sustainable tourism here. I can spot some parrotfish, turtles and later also a small baby Eagleray. 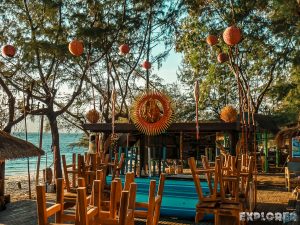 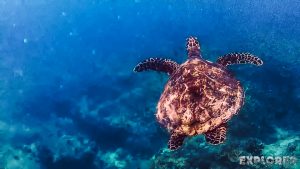 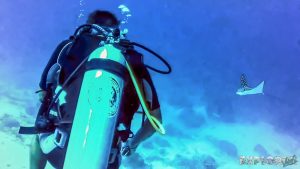 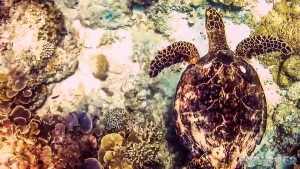 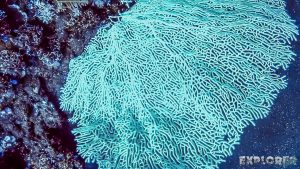 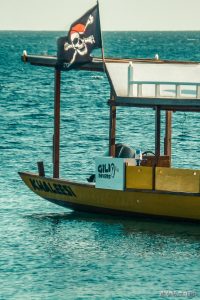 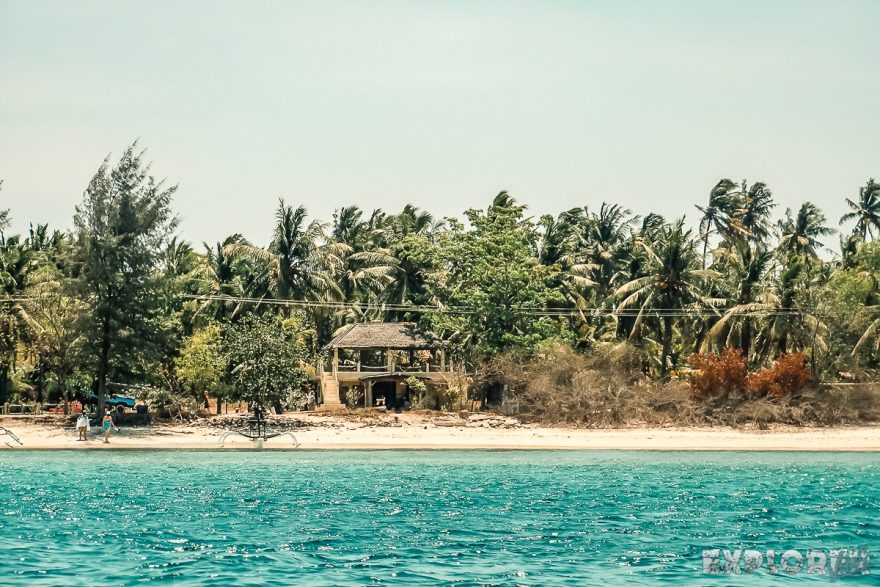 I’m completely relaxed as I end my scuba dive and take a shower afterwards (everywhere – even in our bungalow – you get kinda salty water from the pipes, so you have to get used to it). I meet with Elke in the “Juku Marlin” for lunch. Strangely enough they have the same menu as in “Ocean 2”. I order pasta with blue cheese and Elke has enchiladas. Later we snorkel a bit at the northern beach which is quite a strange experience at low tide. This day generally seems to drift calmly away without anything to worry about. 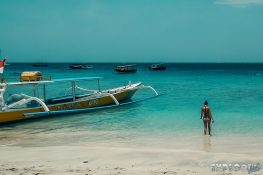 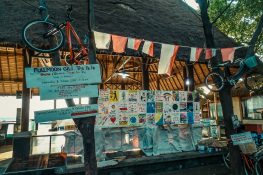 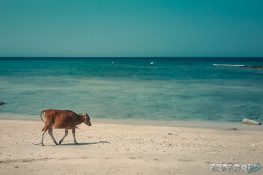 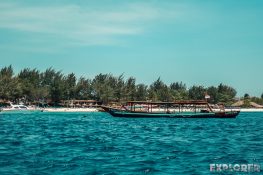 As the sun slowly starts to set we head for the hill in the middle of the island. I notice some billboards advertising snorkeling trips on glass bottom boats – sounds interesting. We book a trip for tomorrow and go past the nightmarket, where the merchants are already busy putting up their booths, along some streets to the center of the island. After climbing a few stairs we arrive at an old Radiostation ( ? ). From here you have a great view on “Gili Tralala” (ever tried to pronounce “Trawangan” while being drunk?).On the other side of the station behind some withered trees, however, we have an even more stunning view on Bali and Mount Batur. Suprisingly, there aren’t that much people up here – just another couple – but the campfire site here suggests that it isn’t always this way. 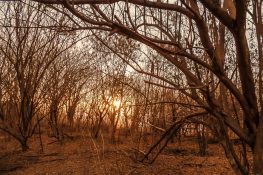 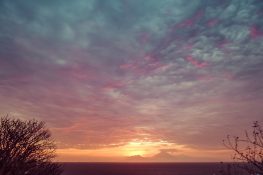 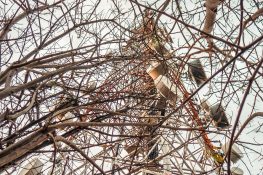 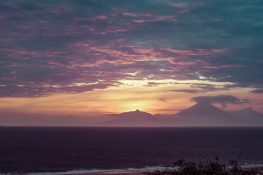 Arriving at Coconut Dream again we meet the guys from the front desk sitting on the lawn jamming with some other guests from the Netherlands. Elke gets tired quite early but I stay a little longer and join them playing the drums (I don’t really dare playing guitar – it’s been an eternity since I’ve played the last time). After an hour or so I also start getting tired… drinking all this Arak with them surely amplifies this. The group also starts splitting up, and while I go to bed, some continue to the Sama-Sama.

Cannot wait to go back and dive at Meno. Last year I only had time for Trawangan! Loved your article!
Cheers ~ Nerdy Adventuress

Your posts make me jealous that I can’t dive, it sounds like such fun maybe one day I will be brave enough to try. Love the baby turtles

If I wasn’t afraid of fish (I know, totally irrational!), I would love to scuba dive one day! Looks like a wonderful time and I loved your pictures too

I have been thinking about scuba diving since so long and your post has reminded me I should do it soon. Life is short Loved your pictures

Amazing views. I’m breathtaking. I regret that I can not dive… 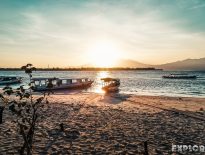 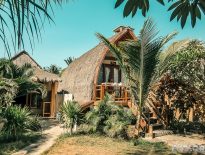 Indonesia Scuba diving with Trawangan Dive at the Spot ̶…
5