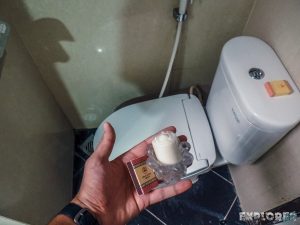 Gnah… Great. Once again I wake up having an annoying sore throat. Chosing the correct setting for the air conditioning systems seems to be rocket science here…

For today, we have decided to watch the well-known Ramayana Ballet or at least try to get some tickets for the following days. But first we look for another hotel… something offering more quiet and somewhat larger rooms. Our choice: The Abadi Hotel right in front of the main train station. This way we are right at the centre and will also just have to cross the street to take the train to Jakarta on our last day. We also want to spoil ourselves a bit on the last few days having a little more luxury… “or something like that” . On the other hand, the toilet in our room was most likely designed for dwarfs. Yet, been provided a candle in the bathroom one can nevertheless somehow create some “romantic atmosphere” . Oh well… 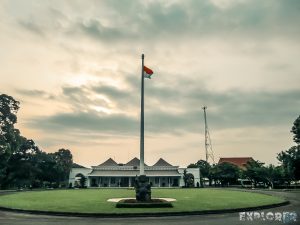 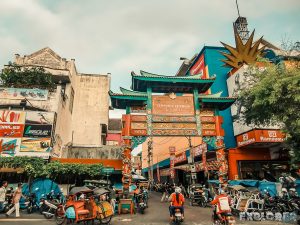 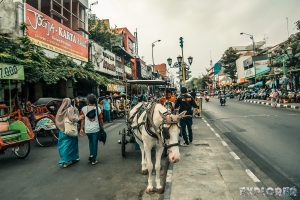 We don’t want to have a very busy day today – just have a walk in the city and look for tickets for the Ramayana Ballet. Our plan was originally to take the main road and head into the direction of the palace of the sultan and look for information on the internet via mobile phone (The Wifi in the hotel is really not that realiable). Unfortunately, this doesn’t work out either: It is so hot and humid that the touchscreen of my mobile doesn’t work properly. Using the it is almost impossible. So I ask for directions to the nearest Internetcafe. There should be one in about 50m. Nice. In fact it is more like “just around the corner” . (It ‘s not the first time that we get told strange distances when asking for directions from Indonesians) I guess people here use their scooters even for shorter distances as well – the pavewalks are more like “additional parking lots” for scooters. I’ve hardly seen a local walk on those. 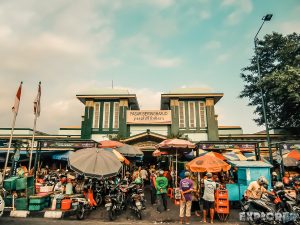 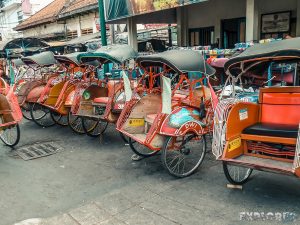 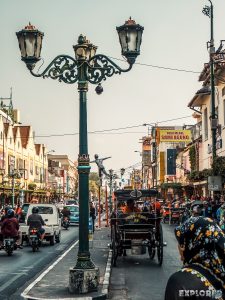 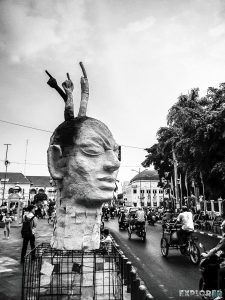 Yogyakarta is different from the cities in Bali, since the dominating religion here is Islam. After getting the Information we needed about the ballet, we go past the marketsquare which starts at the train station ends at the Presidential Palace Gedung Agung: You can see quite a sea of ​​colorful headscarfs here. In the market you can actually buy almost everything – especially T-shirts are offered here in masses. I decide to buy one as a souvenir, with an imprint of the local university or football club – a little difficult though, since manga characters seem to be the most popular motifs. Unfortunately, I don’t have any luck: Though there are some nice looking University of Yogyakarta shirts, those are in general way too small. Too bad. Since we still have lots of time, we decide to visit a batik atelier we almost walked by. In general, there is lots of interesting things to be seen if you keep your eyes peeled. Handicraft products are sold everywhere – there products for everyones taste… even stuffed rodents . 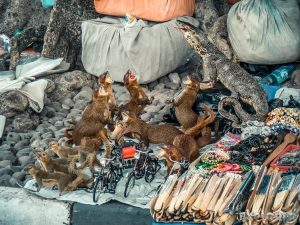 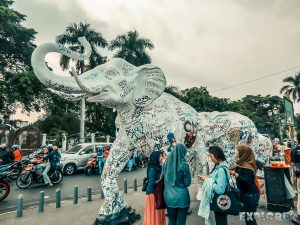 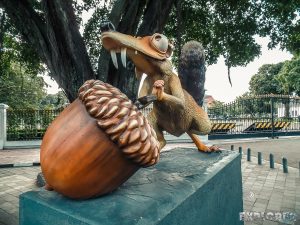 The city itself is hard to describe… it seems to be split into many different parts (with all its adjoining districts), each of them having a different character. Sometimes you walk through some alleyways and it almost feels like being in a village inside a city of million people. Single-storey houses, angled, carfree, quiet alleys. Even tourists are rather rare here… You often feel the curious, but not unpleasant glances of the people… 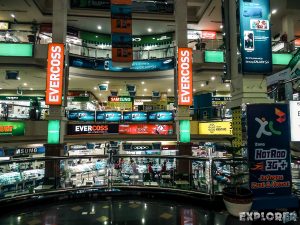 Following Google Maps’ directions, we take a turn at the square in front of the Sultan’s Palace and reach the shopping mile of Yogyakarta. Since we want to get something to drink, we enter a larger shopping center and get a bit baffled: In over 5 floors, there are electronics shops for mobile phones. The ground floor seems to be exclusively for snacks and fast food chains. Wow… We decide to let ourselves cool down by the air-conditioned building before we buying something – entering this building you really notice how warm and humid it is outside.

We leave the shopping center with each an ice-cold soft drink in our hands and find the venue for the Ramayana Ballet just a stone throw away from it. Buying Tickets for today doesn’t seem to be a problem and since the price includes an evening dinner with Indonesian buffet which is about to be opened in half an hour, we got some good timing. 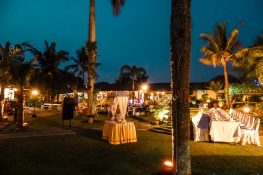 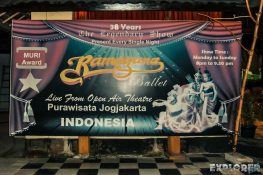 Having a glimpse into the garden, the prepared dinner tables reveal a more elegant setting than expected. We really toy with the idea of ​​going back to the hotel to dress up a little more appropriate, but we won’t be able to do it back in time. But since the ticket salesman also assures us that our outfit is alright, we buy two tickets (350000 IDR (24.28 USD) per person) and decide to have a small evening walk before we return to this place. Meanwhile, the car park in front of the building has started to fill up, and the buttet has also been opened. Having a look at the other guests though:

Yes, we’re underdressed, but not that extreme, after all, I’m wearing a dark shirt and long trousers today and Elke is wearing a dress. I guess we took kinda the “middle way” dressing ourselves between the Indian group, who has thrown himself into their best clothes and a tourist couple wearing shorts and Hawaii shirts. Despite having walkes quite a distance during the day, we are not that hungry and thus just try out little of all the different dishes. You cannot compare these dishes to the buffet we had on Bali – the food is great and not adapted to western taste at all. Probably also because the majority of the guests are from Asia. During the meal, some musicians are playing traditional Javanese music, and the actress playing the character of Princess Sinta also appears to dance to the music. Quite interesting to watch this special dance style close by. I belong to the people who like to applaud between music pieces – even while eating. “The applause is the bread of the artist,” or something like that – and after two sings without any applause, I hesitated at first, but started to applaud anyways. I do not know if it is unusual in Indonesia to applaud at such events (the other guests also join me in applauding), but the musicians seem a little irritated at first, but look up and have to smile. 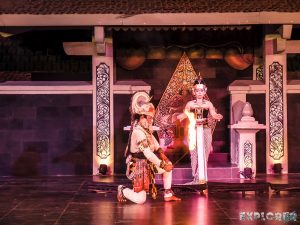 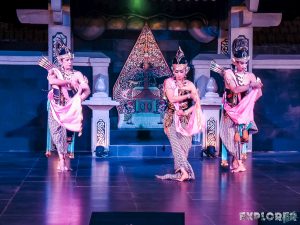 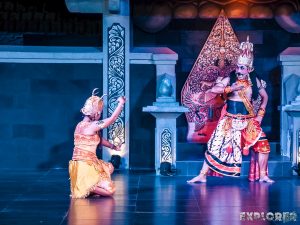 The ballet itself is a variation of the Lelong Barong dance, telling another part of the Ramayana saga. The performance takes place in an amphitheater and the costumes look really great. Generally, I cannot judge the quality of the performance. Surely this is quite similar visiting a classic play (in Greek) as a non-Greek in the ancient amphitheater of Epidaurus or Philippi. The performance is impressive and entertaining, with a large traditional orchestra (many of the musicians who have played during the buffet are also present), but most of the Indians (who probably know the legend) don’t seem that impressed. Mhh. Doesn’t matter. It is a great evening program for me. 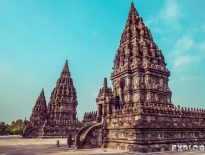 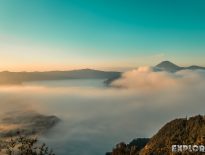