Today we’ll take the ferry to Belize City and then a bus to get to Flores in Guatemala. It’ll be some long ride… We pack our bags and get 2 Cinnamon Rolls with lemonfrosting from the Starbucks on the way to the harbour. Yum! I eat the first one on the jetty. Goodbye Caye Caulker!

The crossing to Belize City is fairly quiet, except for a toddler who is testing the patience of his mother. Slapping Mama? Oh boy . 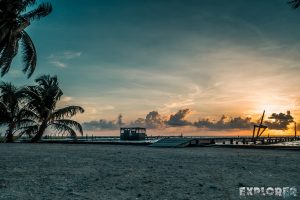 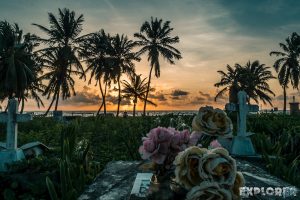 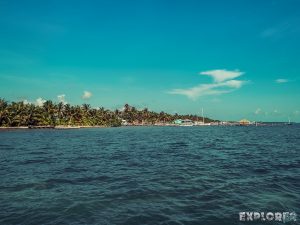 The harbor here looks pretty nice & tiday… I really don’t get why people think Belize City is ugly. Since I still have some change in BZD that we won’t be able to exchange in GTQ in Guatemala I spend everything in chewing gum. As we wait for the bus, we meet Ben again, who also wants to go to Flores, but instead of joining us to Mexico head on to Nicaragua. We are a group of about 10 people for this ride – among those, there is a girl that on first sight seemed to have freckles all over her body. Yeah, I complained about the mosquitoes on Caye Caulker, yet this girl’s “freckles” are actually a mixture of mosquito and sandfly-bites… Outch .